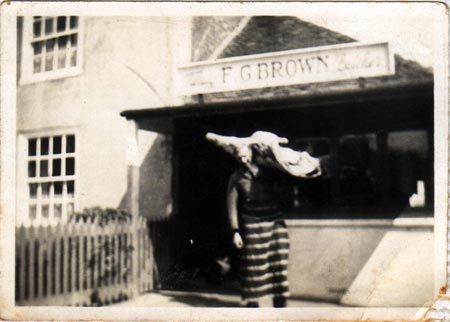 Frederick Brown owned the Butchers shop in The Street from the 1920’s which was passed on to his son Michael Brown when Frederick died in 1959. Michael Brown subsequently altered the shop to a hairdressers in the 1970’s. 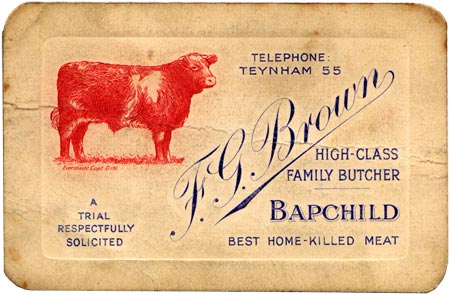 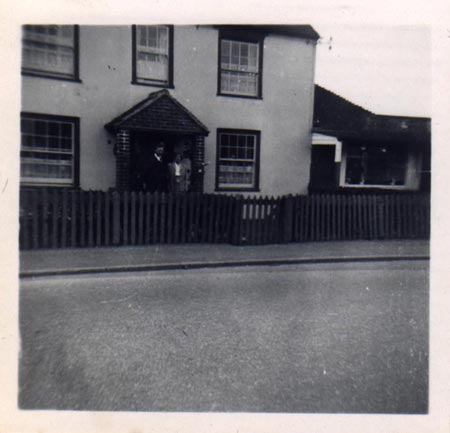 The house with the Butchers shop to the right hand side.

It is with many thanks to Michael’s son, Miles Brown, who still lives in the village that we are able to show you this small slice of history. 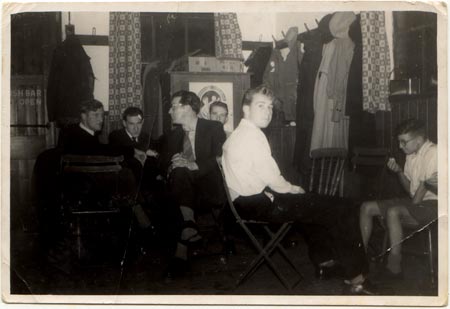 This photo taken inside the old village hall which used to be located on The Street shows Michael Brown in the white shirt. 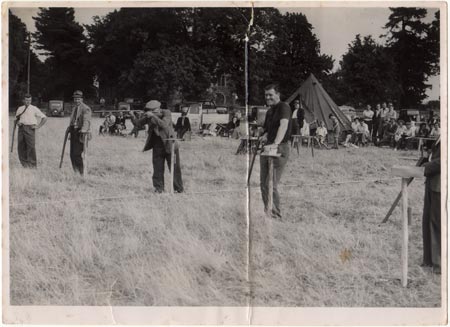 This photo was taken from just behind St Laurence Chuch Bapchild, although we do not know the details of the occassion at this point.